Isa Bey Mosque is one of example of Seljukian architecture, situated below the Basilica of St John. The mosque was built by the Syrian architecture Ali son of Mushimish al- Damishki, between years 1374 and 1375.

The mosque was styled asymmetrically unlike the traditional style. The location of the windows, doors and domes were not matched, purposely. In the entrance of the mosque, an inscription from the god decorates the doorway. 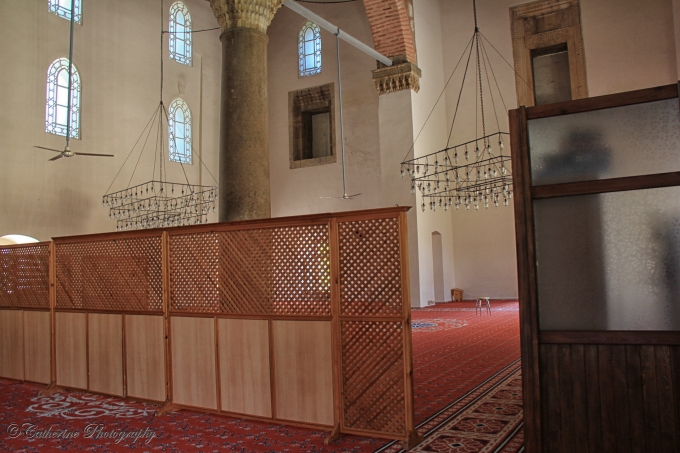 The columns inside the house of prayer are from earlier ruins in Ephesus, making an interesting contrast to the mosque. The domes are ornamented by turquoise and ble faience, the characteristic of Ottoman style.

The mystical atmosphere of Isa Bey Mosque is worth a visit if in Selcuk. We stop at the restaurant outside the mosque for our lunch.